Want to save money?

GH Services now offers Pre-setup Android boxes pre-installed with streaming apps you choose (from the ones listed), ready to go. Just sign up and create an account.

In-home visits and setups on existing smart TV’s as well as equipment and training to gain the most from your streaming services.

Fill out the TV Habits form for a customized streaming alternative for you.

We recommend Android boxes over Smart TV’s as android boxes have many more streaming options and apps than any smart TV, and the operating system is ubiquitous and robust.

Do you have High-speed internet AND a TV cable or Satellite service?

In today’s high-speed internet world, the vast majority of shows and TV stations offer most of their shows through online streaming. In Canada, all the major networks carry streams of the most popular shows, and some even provide live TV streams.

Multiple paid options expand your potential TV watching well beyond anything regular TV can provide and at a fraction of the cost.

There are two internet providers in the area. Shaw and Bell. There are other lesser-known ones however they resell Shaw or Bell services. With streaming, speed is of utmost importance. Shaw is far and above superior to Bell as Bell only has a 5mb/s service available in the area. Shaw, on the other hand, has faster speeds up to 300mb/s with faster speeds coming. Shaw is up to 60 times faster and is the only real variable.

Do you have a SmartTV?

Most SmartTV’s run on software that has built-in streaming support in the form of apps – the same as apps on your phone.

Don’t have a SmartTV?

Not a problem, with a simple android TV box, or even products like Amazon Firestick, Roku and Apple TV you can have smart TV Capabilities.

The Internet and You

Streaming will require an internet connection – either wireless or network cable (on some devices).

The first thing to understand is that for all this to work; you need a good internet connection, the higher the speed, the better and the more bandwidth, the better.

Bandwidth is the physical amount of TV shows and “stuff” you can stream/download without incurring an overage expense. If you do not stream much, it’s not a worry, if you stream lots you will want to seek out an unlimited data plan.

Internet speed is how fast the stream/download will come to your TV. To slow and it will be choppy, not play smoothly, maybe be reduced in quality or lose the stream altogether. High-speed internet of at least 5mb/s is essential for any streaming, the faster the speed, the better.

Where I am at Shaw Cable and Bell Internet Operate, Shaw has faster speeds; both can stream and both have unlimited plans (or “unlimitish”).

So your TV is a computer, yes you can hook up a mouse and keyboard, which will add a great deal of functionality to your smart TV or TV Box.

An android TV box is a small computer (box) that connects to your TV via the HDMI cable. They have software called Apps that expand the functionality of the TV well beyond just a TV, turning it into a simplified computer. There are Brand name “TV Boxes” like apple TV, Roku, Amazon Firestick, as well as various off-brand ones that are little black boxes with different names pre-loaded for installing multiple streaming apps.

A Smart TV has a built-in computer component that means your TV is now a simplified computer.

If you have a Smart TV already it probably just needs to be set up although some smart TV’s are very limited in what they can install for apps. A generic Android box can be used instead of the smart TV where features are lacking.

Equipment like keyboards, mice and the air mouse all use Bluetooth to connect to the Smart Tv or TV Box, which is relatively easy and can significantly enhance your experience.

I do carry some of the equipment in Nipigon; however, Amazon.ca has many more choices.

Provides a remote keyboard as well as a trackpad which interfaces on the TV like a mouse.

Provides a mouse type cursor that moves where you point the remote, flip it over and its a keyboard with actual keys. The flip side usually has a full keyboard.

In Canada, due to lack of competition as well as……..(No Comment) from the cable and satellite companies, Most TV Channels REQUIRE you to have a TV Package from one of the cable companies.

This little caveat goes against the whole streaming TV service model; however, in my opinion, things will change here, just slower. In reality, how many shows do you watch live nowadays? It is still possible to stream a lot of shows within 24 hours of initial broadcast, or as you want to watch them.

Below are some of the channels available here in Canada. Not a full list. These networks provide some of the better choices for streaming shows.

LIVE CBC Shows/news, access to all CBC Programming as well as live events and news from any device.

The original streaming services. Custom shows and movies as well as numerous network releases of older and some newer shows. TV Content is being eaten away by Disney+ and other streaming services coming online.

They own almost everything.
Shows and content (New and old) from Marvel, Pixar, Star Wars, and National Geographic. Disney owns most production companies and studios and is moving quickly to expanding its streaming offerings, including making in theatre movies available (Mulan). They have the content and money.

May have some compatibility issues with some devices. There are usually work arounds.

Custom programming and some network programming. They have the money but need to build the content yet.

Has severe hardware limitations as Apple only likes to work with products it wants (usually ones which pay them). Browser view may be the only option for some.

Access to most hockey games during the season with different camera angles and fewer blackouts. 1000+ games. 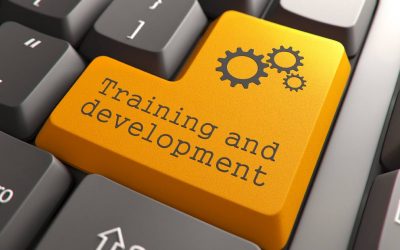 How do I cut and paste on my cell phone?

How do I cut and paste on my cell phone? Gestures are the way we interact with our mobile devices since we do not have a mouse; we use the touch screen in new ways. Gestures are comprised of a combination of a single finger, multiple finger and speed of tapping the... 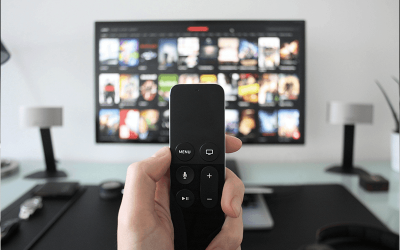 Cutting the Cable In todays high speed internet world, the vast majority of shows and TV stations offer most of their shows through online streaming. In Canada all the major networks carry streams of the most popular shows and some even offer live TV streams. It may...